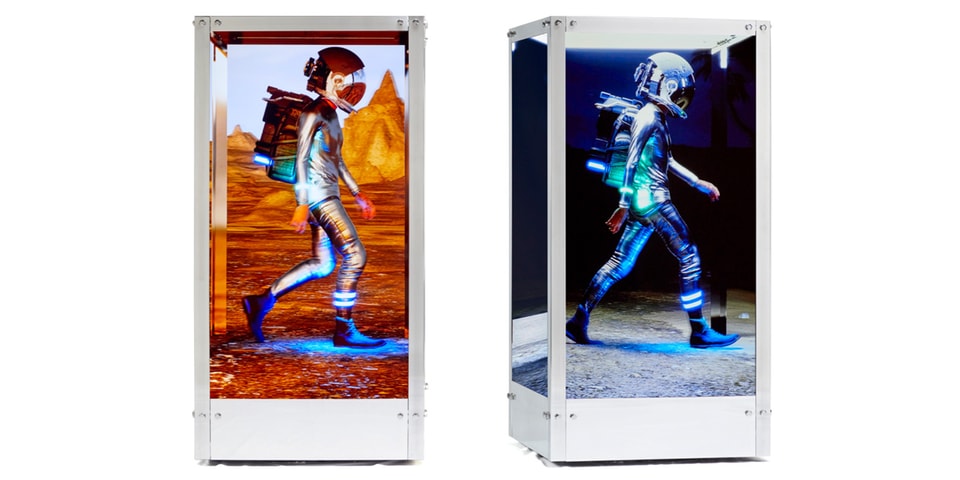 Beeple shocked the world when his digital artwork, EVERY DAY: THE FIRST 5,000 DAYS, sold at Christie’s for US $ 65.9 million. The digital artist returns to auction with a new sculpture, titled A HUMAN as part of Christie’s 21st Century Evening Sale on November 9.

Unlike other NFT work, his final piece is a 7 foot tall box made of aluminum metal, mahogany wood, and four 16k LED frames emitting a 24 hour display of a man in an astronaut suit. crossing a changing background. As a hybrid generative sculpture, A HUMAN will be updated visually throughout the artist’s life.

In a conversation with Noah Davis, Head of Digital Art at Christie’s, Beeple hailed the advent of NFTs, adding that it “really seems like new work has been born out of this technology, through this movement. “.

A HUMAN has the aesthetic look and feel of a video game – an industry the artist wanted to pursue when he was younger. While there is no timeline as to when it will be updated visually, Beeple aims to take its time on each new addition, stating “I want to do something that people can keep coming back and finding a new one. new meaning. And the meaning will continue to evolve.

Christie’s 21st Century Evening Sale kicks off on November 9 and will also feature artwork by Nicolas Party, Cindy Sherman and Banksy, among many others.