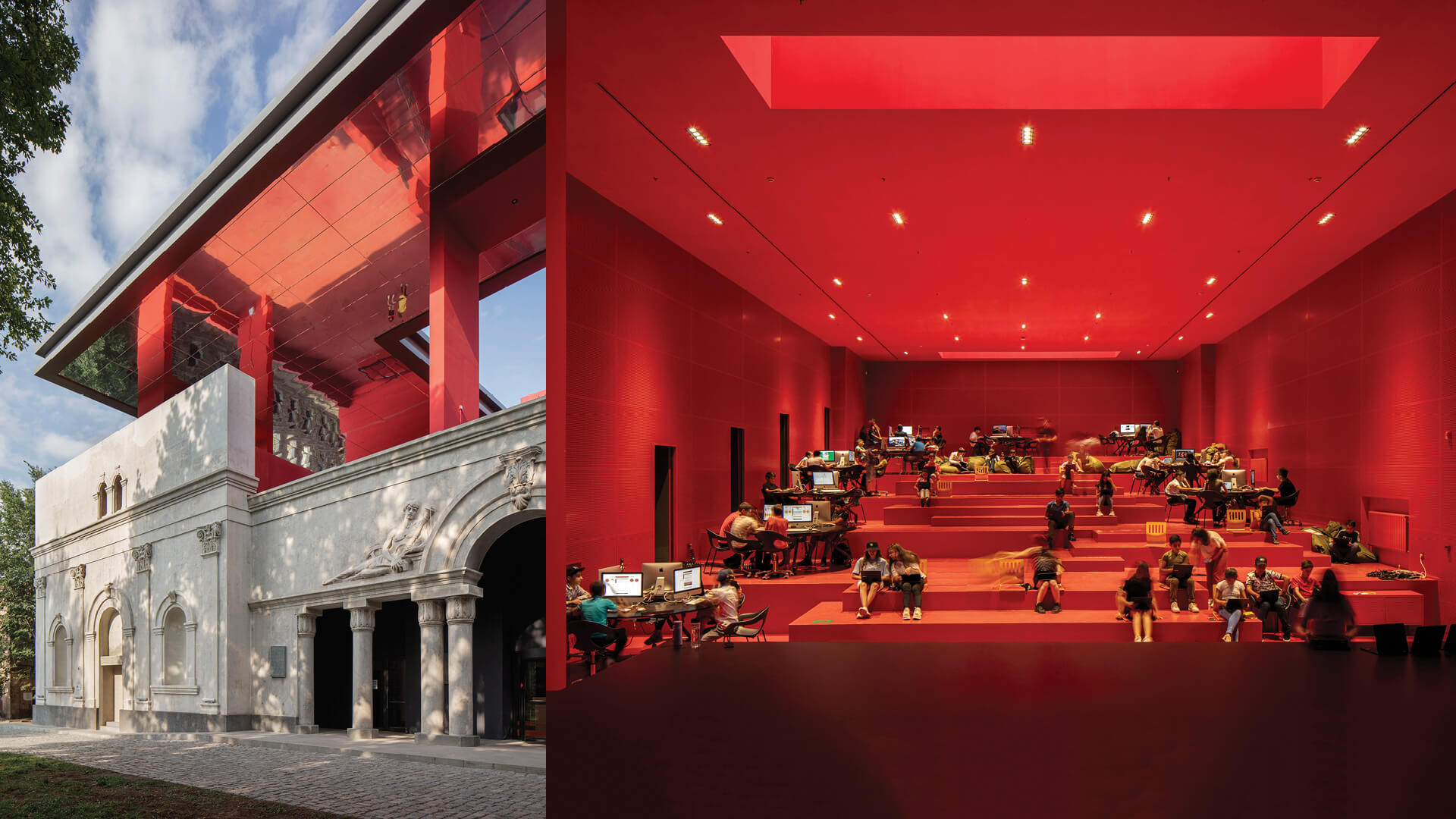 Bernard Khoury is an architect of contradictions. The founder of Lebanese practice DW5 is recognized for his serious (and seemingly apocalyptic) architectural visions, particularly those stemming from the war-torn landscape of Beirut. A fervent defender of exceptions, Khoury has been delivering a sensitive but poetic work on precarious territories for 30 years. One of his most recognized projects is the coffin-shaped nightclub B018 – a deep underground nightspot evoking our collective memory of a hugely problematic site past. Built in the Karantina neighborhood near the port of Beirut, the land of this hip entertainment project – often described as catastrophic and absurd – is also the site of the Palestinian massacre of 1976. For Khoury, the project which evoked his own memory of to have seen the camp burn in flames, encapsulated a political position in a relatively unserious space, like a club. A testament to the success of the project is that even though the building was originally intended to be a temporary project, 14 years later it still stands there in this catastrophic landscape, eliciting the same wave of emotions that Khoury wanted to communicate.

A common thread in Khoury’s multidisciplinary practice is the experimentation with history and the elevation of a tabula rasa condition. An example of this practiced trope can be found at the Tumo Center for Creative Technologies in the climate-ravaged Armenian city of Gyumri. Built inside the Gyumri Theater – a major city landmark located in a largely residential area. The 1850s site, surrounding countless dilapidated structures and a few protected buildings, has survived two major earthquakes and several modifications to accommodate programs ranging from a Soviet-era people’s house to a television broadcasting center local. The reason the site was popular was that it once housed an opera house with a characteristic architectural language that attracted visitors from all over.


Khoury was commissioned to repair and expand the building into a digital media learning center featuring interactive learning platforms and performance spaces. A key consideration in the project was the sensitive restoration of the building’s original features, in addition to creating a meaningful dialogue of the new programs with the cultural fabric of the city.

Diving into the design from the outside in, the building’s facade reveals a characteristic dialogue between past and present. In the 2500 m² centre, Khoury restored the south and east facades of the theater in local peat stone and finished in white plaster. The other facades and new additions are painted in a bright red color. The exterior materiality thus creates a decisive point of contrast between the old and the new.


The spaces of the 2475 m² center are spread over its four floors and classified into four focus areas, namely animation, video game development, digital media and web development. Khoury’s interventions respond to the challenges of the original architecture which included tight spaces and low ceiling heights. Programmatic layout has proliferated student spaces on the ground floor while all public facilities such as the main hall, administration and public theater are designed on the upper levels. Access to the student area is through the east facade on the lower level of the park, and that of the public area through the roof of the ground floor, connected along the west facade. This roof is a space distinguished from the center that acts more than just a transitional space, and rather an element that connects the architecture to its context. Tucked under a towering canopy with a mirrored underside, activities in the space below – comprising an archway, bar and communal gathering space – could be seen reflected on the rooftop from afar.


Inside, the space for screenings and performances for students takes shape inside the former 200-seat opera house on the ground floor. Inspired by the grandeur of its previous, the former lobby was converted into a tiered theater with a revolving stage that could serve as a larger coworking space, 3D printing lab, and digital entertainment center.

The red permeating the spaces as well as the structural additions that have been grafted into the historic fabric elicit a certain seriousness, perhaps a mixture of euphoria and deep remorse. Just like what each of Khoury’s projects, of his sharp and rebellious work, manages to do effectively.

The result of collaboration between the DW5 of Khoury and the center’s team of local craftsmen and engineers, the project used local construction techniques, including specific masonry work, as well as the local manufacture of structural components and of furniture.