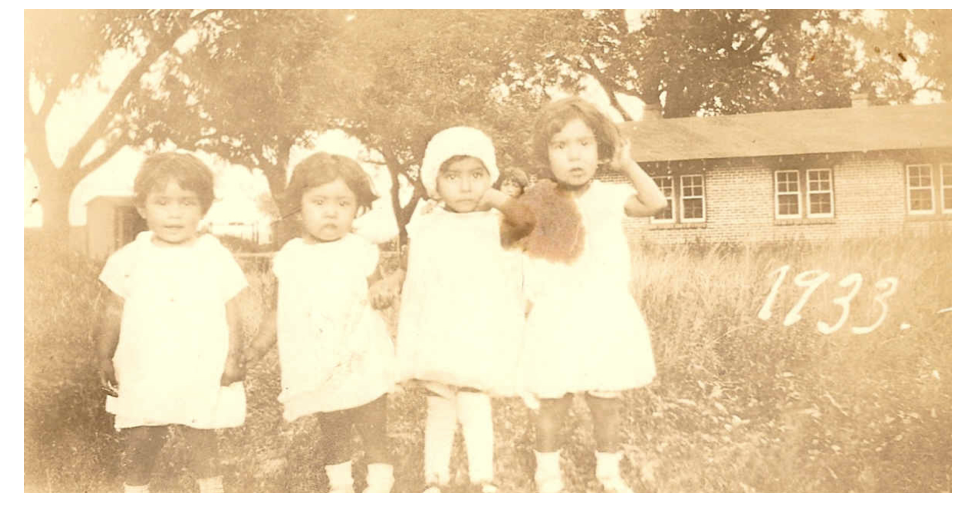 An immersive art experience called “Finding La Yarda” will recreate a room in the housing unit built for Mexican American railroad workers in Lawrence from 1920 to 1951.

“Using film, sound, art and photography, this two-year digital storytelling project will culminate in a walk through the gallery installation in late summer 2024,” according to a statement from Lawrence Arts Center press.

Marlo Angell, director of the project, previously worked on a documentary on the subject, In search of La Yarda, with filmmaker Lourdes Kalusha-Aguirre. The film included oral histories of people who had lived in La Yarda before it was destroyed by a flood and the stories of their descendants.

“This new project will build on these oral histories by inviting new conversations about the importance of place, culture and togetherness through the lens of a physical environment,” the statement said.

In order to realize this piece, “a creative team of artists will work in collaboration with former residents of La Yarda and their descendants to create an artistically rendered living space from the Santa Fe apartments,” according to the release. “From brick facades to decorative flowers, the tactile decors will give a physical dimension to dwellings that until now have only been visible through photographs and paintings.”

“LED screens mounted on window sills and table tops will reveal fleeting moments through the medium of experimental film. Drawing on the work of filmmakers Marlo Angell and Peter Jasso with public art and the community engagement, the story arc of the films will be created based on new story circles with La Yarda families during the summer of 2022.”

The Arts Centre’s ceramic artist-in-residence, Jonathan Christensen Caballero, will be a key artist in the design aesthetic of the project. His upcoming exhibit has thematic ties to Kansas’ Latino history, according to the release.

“From ceramic sculptures in the garden to lone hands making dresses out of sacks of flour, Caballero’s work will provide attendees with lonely moments to reflect on.”

Additionally, photographer Ann Dean will take portraits of the residents of La Yarda and their descendants. The portraits will be exhibited at various locations around the city.

“These large-scale images will highlight the contributions of the Mexican American community to Lawrence and reach people outside of traditional gallery spaces,” the statement said.

Individuals and families who are connected to La Yarda can email layardafilm@gmail.com to get involved in the project.

“This is not a project we are doing for the community, but with the community,” Angell said in the statement. “Find The Yarda will not be the vision of an artist collective, but an interpretive experience guided by the sketches of former residents, the stories of alumni and the dreams” of their descendants.

Learn more about the project at this link.

The project is made possible through a subgrant of Stories for All: A Digital Storytelling Project for the 21st Century, an initiative hosted by the Hall Center for the Humanities in partnership with the Institute for Digital Research in the Humanities at the University of Kansas and supported by a grant from the Andrew W. Mellon Foundation, according to the release. “ brings together more than forty Kansas-based partner projects dedicated to collecting marginalized and suppressed stories, interconnecting them, and disseminating them widely through digital media.

Good news for those who missed it so far: the popular documentary short “Searching for La Yarda” is scheduled for virtual screening, and it will be available online for a while.

The short documentary “Searching for La Yarda” will be screened for the third time soon.

Former residents of La Yarda, the East Lawrence housing unit built for Mexican American railroad workers from 1920 to 1951, and many of their descendants attended a film screening about the neighborhood on Saturday night.

The Lawrence Arts Center added a second screening of a short film documenting the history of La Yarda, the housing unit built for Mexican American railroad workers from 1920 to 1951 in East Lawrence.

A short film documenting the history of La Yarda, the housing unit built for Mexican-American railroad workers from 1920 to 1951 in East Lawrence, is to be screened next month at the Lawrence Arts Center.

Lawrence will have the honor of launching the first traveling exhibit for “Ghosts of Segregation,” a series of photos by Richard Frishman, in September at the Lawrence Arts Center. The local community can always help Frishman decide which sites to include.

If our journalism matters to you, help us continue to do this work.

Zachary Michael Sutton, 22, and Monty Ray Amick, 53, both of Lawrence, were the two men killed in a road rage fueled shooting Tuesday night outside Hy-Vee, according to police in Lawrence.

A non-judgmental, inclusive food pantry founded by Lawrence teens has gone mobile as organizers gear up for a fundraiser they hope will fill the basket of their new tricycle.

Two men died after a shooting outside the Hy-Vee at Clinton Parkway and Kasold Drive in Lawrence on Tuesday night.