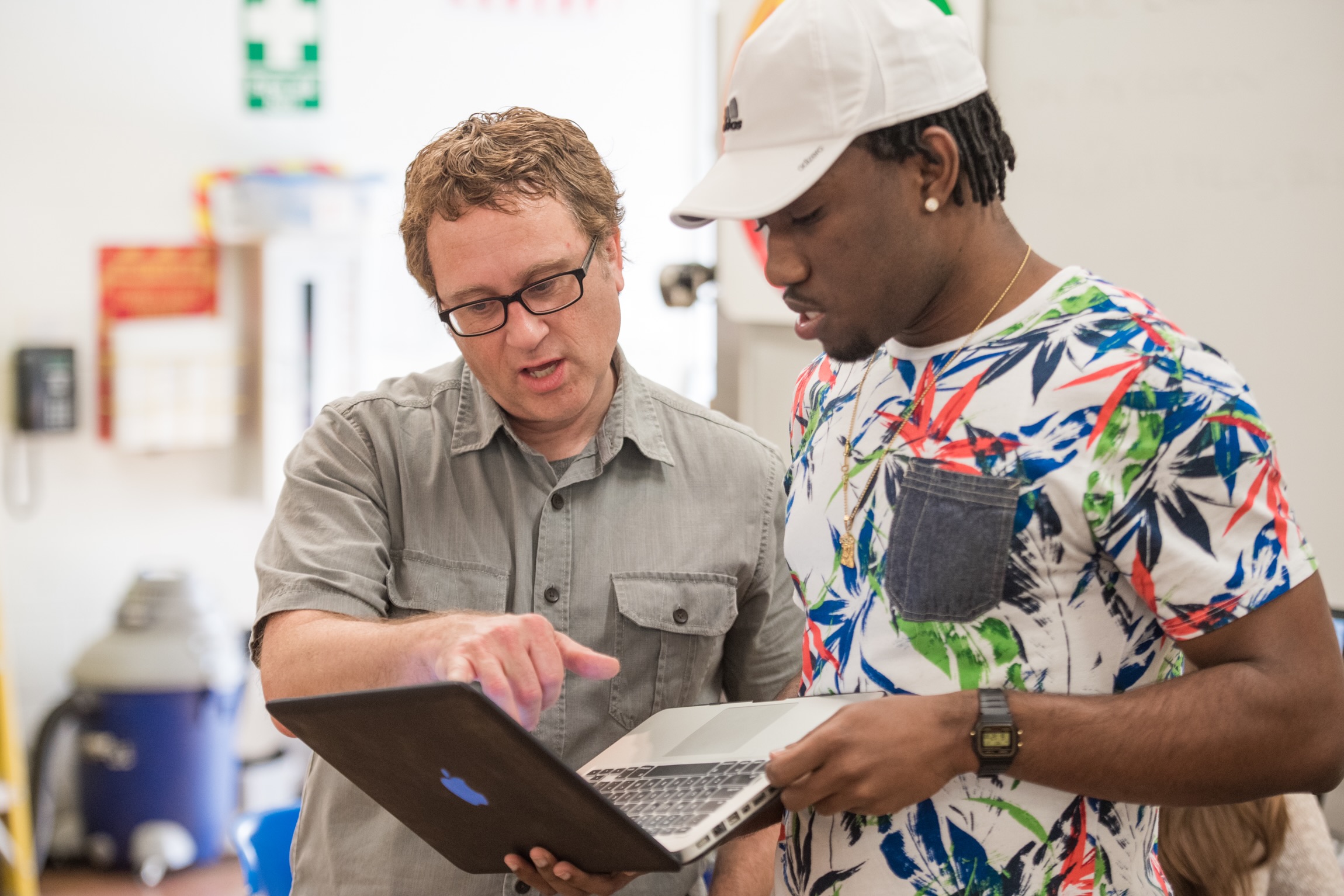 Digital media students have designs on a creative future

When the Naples Design District marketing committee wanted a logo to mark its new flagship building and lifestyle concept center, The Collective, construction was not finished and committee members only had to a vague idea of ​​what they wanted.

But the committee knew who they wanted to work with – the FGCUs digital media design program.

The Collective’s marketing committee chose FGCU students to design their logo to underline their slogan – “An inspirational catalyst for design” – and to showcase young talent in our region.

Mike Salmond, Associate Professor and DMD Program Coordinator, selected five seniors for the logo design project who were available during the summer and who had demonstrated their ability to meet the challenge inside and outside of the classroom. The students’ previous experience in the industry through internships or personal contacts provided different approaches and styles to the project, resulting in five very different variations of The Collective logo.

“This project is a testament to the digital media design agenda and the work ethic of these students – that they would rather work on an exciting design project than take time to relax after the semester,” said Salmond, who teaches most of the courses in the program.

“We have been involved in the FGCU art program for several years and are always looking for ways to enrich the student experience,” said Chad Jensen, furniture designer and member of The Collective’s marketing committee who had already worked with Students of Salmond and FGCU on a 3D design project. “When the opportunity arose to design a new logo for The Collective, there was a clear connection to digital media design, and I knew they were interested in community engagement. With such a small creative industry in Southwest Florida, these types of opportunities can be very significant for young college students, so we do our best to challenge them.

Designers often compete for jobs, and Salmond knew that turning the experience into a competition would provide a real-world experience for students. It also helped that the Naples Design District didn’t have a logo in mind, which allowed students to showcase their own personal styles.

Haley Levy, the student whose logo design won the competition, said the DMD program does a great job preparing students and helping them find internships. “You learn so much by doing an internship,” she says. “You learn how real people work in the real world. “

Many DMD students are already working in design, including the five who entered the competition. Marjorie Johnston is a design intern at TheHomeMag in Cape Coral. Meg Brunner is a social media design intern for B3 Marketing in Naples. Davina Angstenberger is a marketing intern at PartsVu in Naples, where Izzy Baquerizo – the competition finalist – also works as a graphic designer. Levy works in FGCU Office of Housing and Residence Life as an in-house designer and previously worked as a designer in another university department, Campus Recreation.

Levy takes great pride in her design work in the classroom, on campus and now in Naples. She gives a lot of credit to the FGCU and the DMD program. “We are an affordable public school and you can go your own way in the DMD program,” she said. “It’s still a small design program and you can try everything – video, photography, animation graphics, web, code, graphic design. You can test the waters.

Salmond said the DMD program is now focused on expansion. “We are planning more programs, fundraising and fundraising, other design students on board, as well as working with marketing and design companies to increase internships and internationalize our program,” he said. he declares. Addressing the latter goal, Salmon said he would like to connect the FGCU program to the interactive media design program at Northumbria University in the UK, which he also designed while working there as as program manager and lecturer from 2009 to 2011.