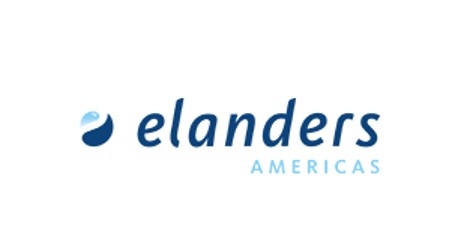 World events over the past two years have been, to say the least, unusual. From a business perspective, the year-over-year metrics companies use to chart growth and, hopefully, success are no longer as reliable as they once were.

It is well known that the last two years have been very good for certain segments of printing: packaging and direct mail, in particular, come to mind. For others, for example businesses that primarily serve events, such as concerts, festivals and trade shows, the steep decline has been deep and prolonged. It is in this reality that Print impressions presents its Fast-Track 2021 companies which were among the 2021 Print impressions 300 list of the largest printers in the United States and Canada, ranked by annual sales.

The following summary of Elanders Americas recognizes this company as a “fast-track” company that has weathered the recent storm in its own way, and its view of business and industry trends can serve as a “north star” for companies seeking to sail to a safer port.

While Elanders Americas is headquartered near Atlanta and is itself a fairly large printing company, it is a subsidiary of Elanders, a Swedish printing and packaging company operating in 10 country. Explaining the wider Elanders company, Sven Linke, President and CEO of Elanders Americas, says it makes $1 billion a year and that the company’s major packaging operations are based and focused on the European market.

Linke says the US operation, which has two facilities near Atlanta and another in Davenport, Iowa, focuses primarily on printing manuals for automotive and heavy equipment manufacturers. This vehicle-centric business is complemented by kitting operations, which are expanding as a service due to growing customer demand.

Like most companies, technology at Elanders Americas is moving strongly towards digital applications. Linke says the company has added digital assets over the past year, including an HP T240 inkjet web press and a Canon varioPRINT iX cut-sheet inkjet press. About the company’s move towards digital printing, Linke sees this as a permanent technology direction. “It’s the world. This is the future,” he says. A complicating factor in that future, he notes, is finding workers who have the skills to operate the machines efficiently.

Another complicating factor is supply chain scarcity, which is a global phenomenon. Elanders Americas, like so many other printers, is experiencing supply shortages, particularly for paper and label stocks.

For Elanders Americas, one of the key lessons from the COVID-19 pandemic has been a transformative realization that working from home is a viable approach. Linke says that going forward, the company is committed to adopting work-from-home approaches for its office staff. Regarding the company’s response to the pandemic, Linke credits the European-based company’s influence as lockdowns in Europe preceded those in the United States. “We did everything in advance,” he says, noting that the company’s employee protection efforts were in place. well ahead of CDC guidelines. “With our Germans and Swedes
colleagues,” he adds, “we did it early here in the United States.

Looking to the future of the printing industry, Linke leans heavily on the forces of consolidation. He notes that of the thousands of printers in the United States, small businesses generally struggle, midsize businesses succeed through identifying (and harvesting) specific niches, and larger companies continue to grow. He notes that the printing industry, in terms of the number of businesses, will continue to decline. An additional factor that he believes will continue strongly in the industry is the shift to online ordering and higher levels of customization. “Everything goes online,” says Linke, “and it will have a bright future.”