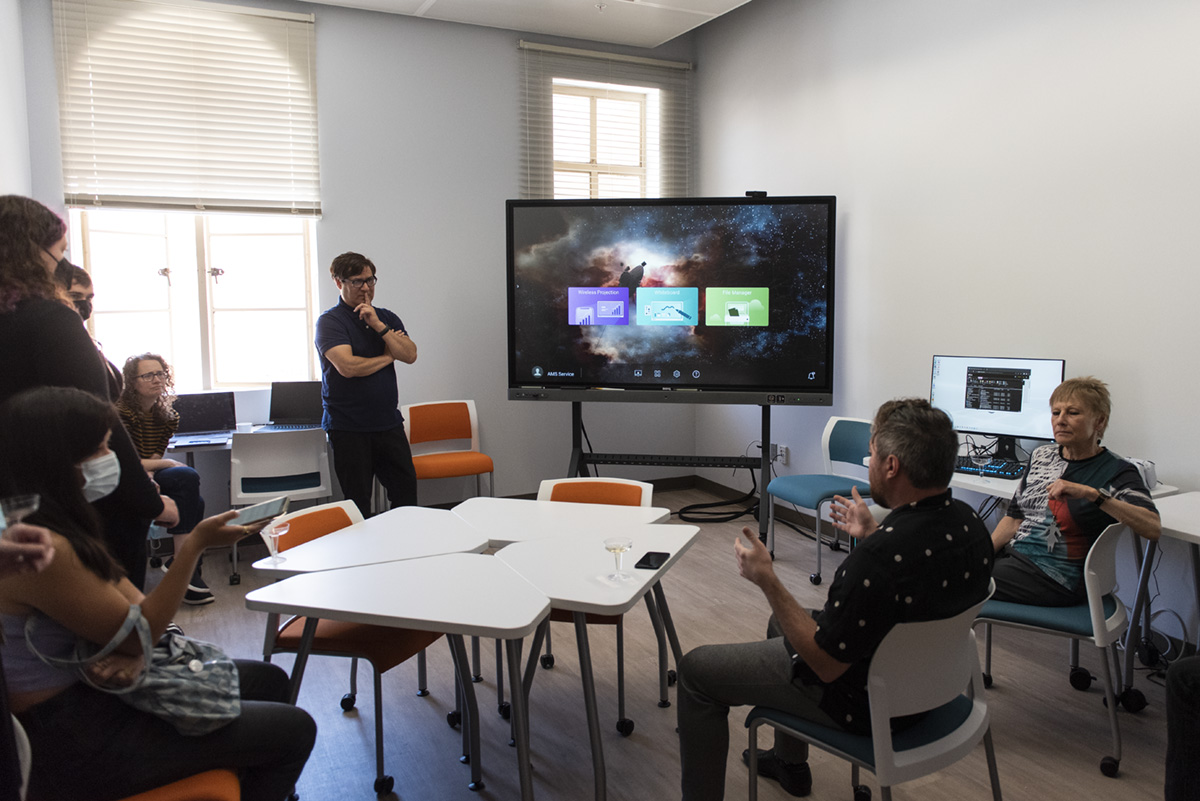 Located in Kaplan Hall, Room 211, the lab will integrate the department’s print library with digital and auditory media, such as digital whiteboards and PCs.

Ursula Heise, the head of the English department, said at the lab’s open day on Friday that students and faculty can use the lab as a research resource to explore ancient forms of literature through the digital archive. .

Heise added that the original proposal for the media lab was written in 2020. She also said the English department used part of Jules Levin’s $100,000 gift to the already well-funded. Grace M. Hunt Memorial English reading room to fund the lab.

Heise said the lab’s planning committee was made up of various faculty members from the English department, including Chris Thompson, Brian Kim Stefans and Daniel Snelson.

Thompson, the English department’s IT manager, said the digital media lab will use workshops and technology to combine creative writing with game applications.

Snelson, an assistant professor in the Department of English and the Department of Media Arts Design, said the lab will introduce cutting-edge technological resources that students and faculty have traditionally been unable to access.

“We have computing devices capable of playing current-generation video games…as well as specialized technologies like podcasts, recording equipment for high-fidelity audio, virtual reality headsets for virtual experiences, and a massive screen for collaborative work on a digital space,” Snelson added.

Snelson said the lab’s central location will allow English students to access the technologies they demand without having to walk all over campus to get them.

Arielle Moscati, a graduate student from England, said the PCs and graphics cards in the lab will allow her to explore programming. Moscati also said she looks forward to using the lab’s digital whiteboards to enhance manuscript images and transcribe text.

“It’s going to be a game-changer for me, I think, and it’s a very simple use of a very powerful tool,” Moscati said.

Stefans, chairman of the planning committee and an English teacher, said no rash decisions were made during the design process. The committee did extensive research on what TV, computers and furniture would work best for the space once the room was approved, Stefans added.

Snelson said the lab would create a collaborative environment to invent new approaches to literary objects and media technologies.

“It’s a space that remains open to the possibilities of the future,” Snelson said. “And I think, for me, that’s the most exciting thing about it.”