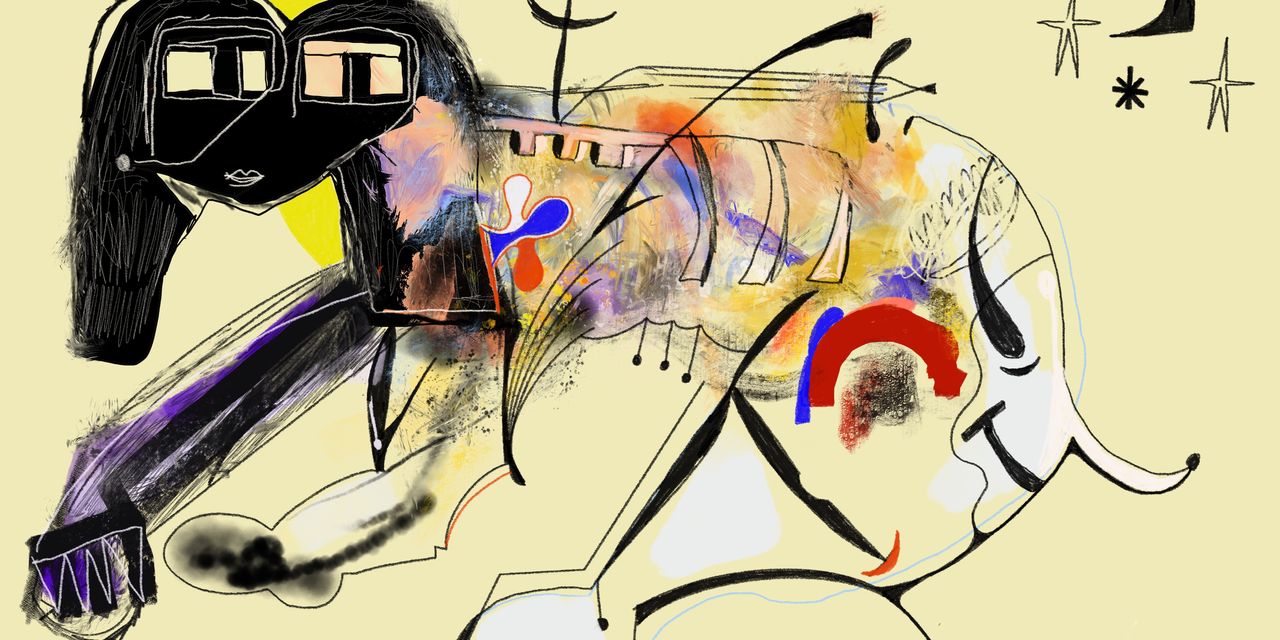 Non-fungible tokens, or NFTs, can be sold at high-end public auctions and exhibited at art fairs, but most of the mainstream art world remains wary of these digital assets.

A handful of NFT platforms attempt to change that by giving curatorial attention to art that simulates structures familiar to traditional participants of the art world.

LiveArt, a nearly year-old peer-to-peer online marketplace run by former art world executives from Christie’s and Sotheby’s, is the newest entrant with a new division called LiveArtX, which it launched in mid-March through a strategic partnership with EVG, a Hong Kong-based blockchain incubator and investor.

To reach mainstream players, for example, LiveArtX offers a “white label suite” that galleries and museums can use to build their own branded NFT marketplaces, and a mechanism to make it easier for artists to mint NFTs.

The Institute of Contemporary Art Miami, or ICA Miami, will be the first to use this platform to offer NFTs by artist Cory Van Lew as fundraisers during its 365 Party. The NFTs will emerge from a painting performance that Van Lew will lead on April 9 at the museum’s annual event, which is held to support free and open access to “cutting-edge contemporary art and ideas.” According to ICA Miami, three pairs of physical paintings and NFTs, all featuring themes related to the pandemic, will be offered for sale in support of the museum.

Other examples of art marketplaces include Hong Kong-based TRLab, also established nearly a year ago and co-founded by a current Christie’s executive, which features works by traditional and digital artists, and SuperRare , which was founded four years ago as an organized art-platform for NFTs.

Art-based marketplaces “can serve as an entry point to the crypto-world — a way to bring the hesitant art world into this space using something more familiar,” says Anders Petterson, Founder and managing director of ArtTactic, a London-based data company. and research firm.

LiveArtX aims to merge the worlds of traditional fine art and NFT by catering to artists and galleries, but also appealing to crypto natives. These collectors propelled the growth of NFTs into the mainstream largely through generative art projects of avatars such as Bored Apes and World of Women that collectors use as personal profiles on social media.

Finding that right balance will be key to attracting artists who typically work with paint, sculpture and other physical mediums, alongside the galleries that represent them and the collectors that collect their work.

“There is a certain part of [NFT] market which, for the mainstream art world, has been pretty scary,” says Petterson. “Many artists and players in traditional art ask themselves: ‘How to reconcile this model with a collector’s model, [with] the long-term education of artists and the building of their reputations in a market that seems to be in turmoil and mainly for profit.

The white-label suite will help by enabling artists to gain support and exposure from their galleries, and stay close to their collecting audience. Galleries and museums using the LiveArtX platform to build their own marketplaces can also tap into the wider LiveArtX community.

It’s a potentially huge audience. Last week, LiveArtX distributed 10,000 NFT memberships containing nearly 4.5 million $ART tokens, a so-called utility token, which gives holders exclusive access to art, events and a role in curating of the platform. Over 780,000 people signed up for a chance to get the tokens, which were randomly generated. The token also gives holders membership in the LiveArt Decentralized Autonomous Organization, or DAO, giving them a say in the governance of the site.

The first group of NFTs uploaded to LiveArtX was by artist Gianni Arone tagged LOVEBEING. Arone’s difficult life story was the subject of an HBO documentary, and his art, via LOVEBEING “is more a means of creating an amalgam of references – a system of expression – than an alter ego or a pseudonym,” according to LiveArt. .

While the token was created to serve the NFT platform, Marisa Kayyem, the former director of education at Christie’s who is now LiveArt’s chief curator and head of its crypto efforts, said that using of the token would eventually permeate the LiveArt ecosystem of physical and digital sales.

“The potential is limitless in the art world,” says Kayyem.

While Petterson understands the traditional art world’s reluctance to address NFTs, he says these digital assets offer artists, galleries and other conventional participants a way to expand their audiences. He views this crypto-based world much like social media, which many eschewed at the expense of building a larger audience for their work.

“We don’t know where it gets us, but sitting on the fence doing nothing means someone else can step in and set the rules and set the criteria for what might be perceived as quality at the future,” says Petterson.

This story has been updated to clarify the number of $ART tokens distributed to the first 10,000 members.