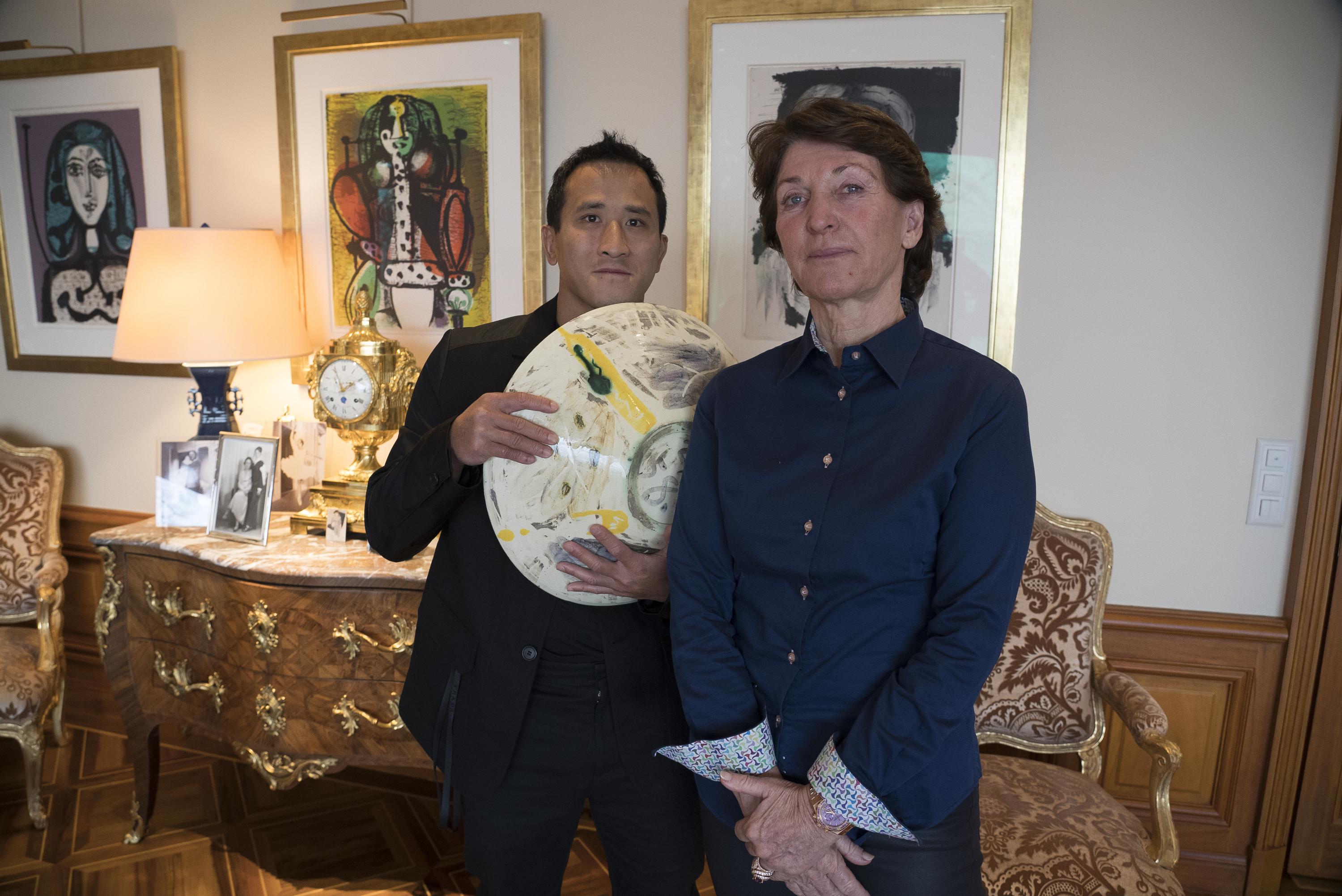 The heirs of Pablo Picasso, the famous Spanish artist of the 20th century, enter the 21st century business by selling 1,010 digital works of art of one of his ceramic works that have never been seen publicly before – riding a fad for “crypto” assets that has taken the world of art and finance by storm.

For an exclusive interview ahead of the official launch this week, Picasso’s granddaughter Marina Picasso and her son Florian Picasso have opened up their apartment – which swims in the works of their illustrious ancestor – in an upscale neighborhood of Geneva. There, they offered a glimpse, however slim, of the piece behind what they present as an unprecedented fusion of old-school artwork and digital assets.

They are looking to cash in and ride a wave of interest in non-fungible tokens, or NFTswhich have brought millions to far lesser-known artists and have been criticized by some as costly enrichment programs for the environment.

A Picasso, say his family’s promoters, would mark the entry of a Grand Master into the game.

In economics jargon, a fungible token is an asset that can be traded on a one-for-one basis. Think dollars or bitcoins – each has exactly the same value and can be traded freely. A non-fungible object, on the other hand, has its own distinct value, such as an old house or a classic car.

Combine this notion with the cryptocurrency technology known as blockchain and you get NFTs. These are actually digital certificates of authenticity that can be attached to digital art or, well, just about anything in digital form – audio files, video clips, animated stickers, even a news article read online.

“We are trying to build a bridge between the NFT world and the world of fine art,” said Florian Picasso, the artist’s great-grandson.

The artist’s descendants play close to the vest, to generate interest and protect – for now – a family heirloom. They only show a fragment of the underside of the NFT-related artwork, a ceramic piece the size of a large salad bowl. The exposed parts show shapes like a thick yellow line, a drooling green spot, and a brushed number “58” at the base.

Marina Picasso says the cherished piece of pottery dates from October 1958, when she was a child.

“It’s a work that represents a face, and it’s very expressive,” she says. “It’s joyful, happy. It represents life… It’s one of those objects that have been part of our life, our private life — my life with my children.

Cyril Noterman, longtime director of Florian Picasso, and Kathryn Frazier, publicist for the project, told The Associated Press that Sotheby’s will hold an auction in March that will include a unique NFT as well as the ceramic bowl.

But Matthew Floris, a spokesperson for Sotheby’s, contacted the AP on Wednesday and said in a statement, “Sotheby’s has clarified that it will not be selling an NFT of a work by Pablo Picasso.”

Noterman and Frazier said a first phase of online sales of more than 1,000 more NFTs begins Friday through the Nifty Gateway and Origin Protocol platforms.

Florian Picasso said they agreed on the colored ceramic piece because it was “fun” to begin with.

An NFT Picasso brings with it an almost vintage symbolism, much like when the Beatles collection finally hit iTunes. The family and its business leaders say the goal is to create a younger community of Picasso lovers.

“Everything is changing,” said Florian Picasso, insisting that the NFT honor the great artist.

“I think it’s part of Picasso’s legacy because we pay homage to him and his way of working, which was always creative,” he said.

How quaint seems those days of yore when Picasso, as the legend goes, simply doodled on a napkin as payment for a restaurant meal – his work supposedly worth far more than the cost of the food and drink he had appreciated.

Part of the proceeds will be donated – part to a charity that aims to help overcome a shortage of nurses and another to a non-governmental organization that wants to help reduce carbon in the atmosphere. The NFTs will also come with music composed by DJ and music producer Florian Picasso, along with songwriter John Legend and rapper Nas.

Even a full rendering of this track is yet to be made public: Florian Picasso played a snippet for a reporter, then turned it off.

“And to find out more, you have to buy the NFT,” he joked.