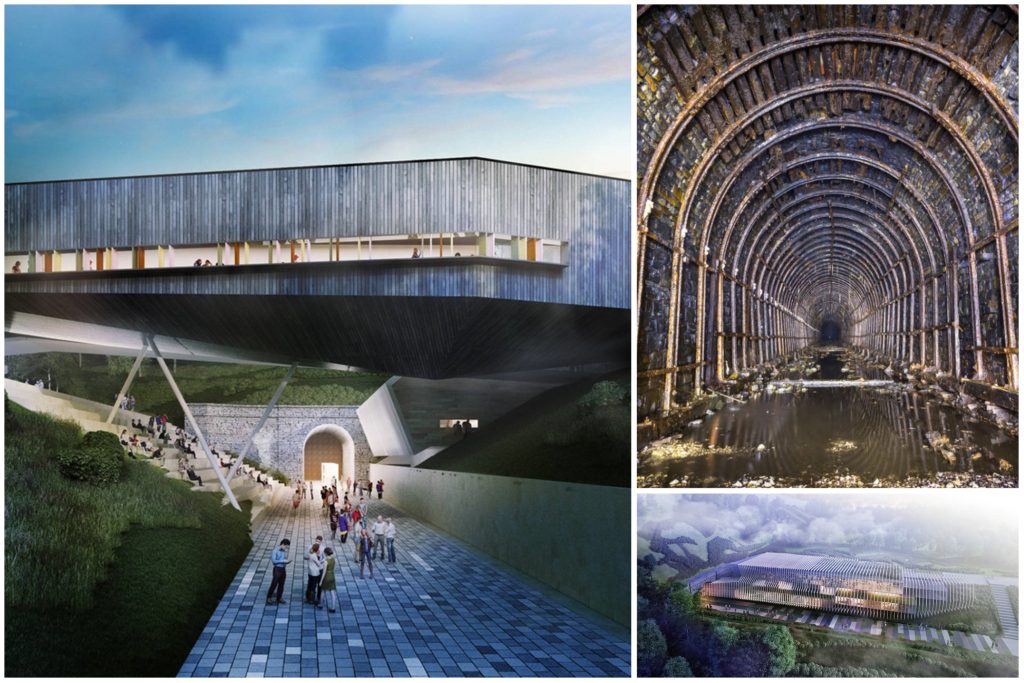 An abandoned railway tunnel in the Welsh Valleys could be converted into the world’s longest digital art gallery, under proposed new plans for the historic structure.

Global design firm Scott Brownrigg has drawn up the proposal that would transform the 132-year-old Rhondda Tunnel.

The plan builds on earlier plans to repurpose the 3.1km long rail tunnel as a cycling and walking route.

As part of Scott Brownrigg’s new proposal, the West Entrance – located in the village of Blaengwynfi – will be transformed into a visitor center with art galleries, cafe, outdoor performance space and digital theater .

A new hotel would also be built on the outskirts of the village of Blaencwm at the eastern entrance to the tunnel. The new plans conserve space in the structure for walking and cycling.

The masonry arch structure stretches between the Rhondda and Afan valleys and was completed in 1890 and closed in 1968.

In 2018, Balfour Beatty engineers carried out an initial examination of the structure.

The work carried out by the contractor was a precursor to the tunnel – with the Abernant Tunnel – receiving a £250,000 grant to carry out further detailed inspections and analysis of the works needed to make reopening a reality.

Talk to NCE in 2018, Balfour Beatty examining engineer Richard Storey said 90% of the structure was in “incredibly good condition” but the remaining 10% was the “interesting part”.

Of that 10%, Storey said there were three to four specific areas that needed attention. One of these stretches is a 200m long section where the structure has been reinforced as the mining workings above have knocked out parts of the masonry arch.

In January, Transportation Secretary Grant Shapps agreed to transfer ownership of the structure of the National Highways Historic Railway Estate to a joint venture between public and private investors.

Do you like what you read? To receive daily and weekly New Civil Engineer newsletters, click here.