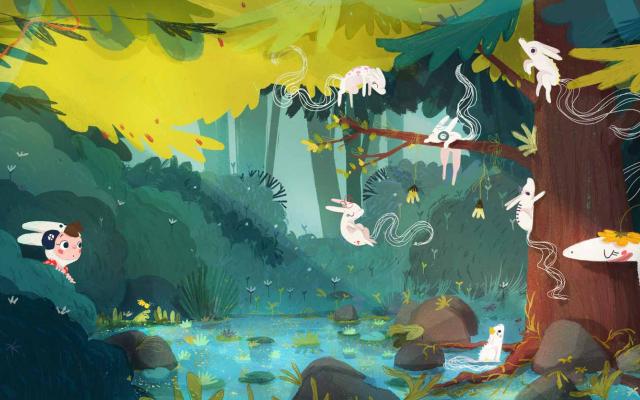 Procreate and the Digital Art Renaissance

Unfortunately, a lot of people on the traditional side are still too scared to do this. Until about four years ago, Beatrice Blue was one of them. “If we choose a tool to define an idea, we choose the one that we know best,” says freelance digital artist Jon Juarez, “but that doesn’t mean it’s the most powerful.” Although Beatrice says developing a fear of the unknown is very human, she also found it not very helpful. “It’s like learning anything, nothing can hurt you if you learn it.”

Now Beatrice works mostly digitally and traditionally just for fun, but it’s clear her traditional experience informs her work. And there are plenty of artists, including Chris Oatley, who split their time equally between the two. Chris in particular tries to let each inform the other, a practice he does his best to pass on to his students.

Despite all of this, one thing is clear: digital art gets nowhere. In fact, he’s growing up and that’s where Procreate comes back into the conversation.

The number of artists using Procreate is growing exponentially. In 2016, Procreate became one of the top ten best-selling iPad apps, in 2017 it was in the top two, and in 2018 it became the overall bestseller. There are a number of reasons for this, but CEO and co-founder James Cuda singles out the following as “the most critical”: “Procreate is unlike any other drawing and sketching product because it is focused on digital drawing art. It might seem too obvious – and it’s easy to forget that for many years on desktop platforms, there wasn’t a pure drawing app like Procreate.