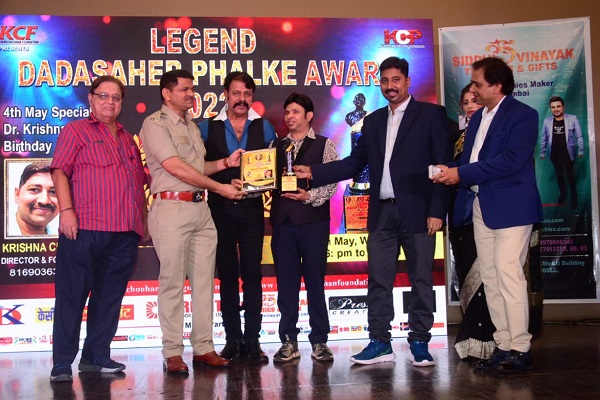 Prior to this award, Shantanu Bhamare received an international leadership award which he obtained in Denver, USA.

Recently, her romantic video song album ‘Teri Aashiqui Mein’ was released, which is already the super duper hit song of the year 2022. In a short time, it is very well received by the public and got more than 8 .25,000 (Eight Lakhs Twenty Five Thousand / 0.825 million) Organic Views, which is commendable.

Shantanu’s other upcoming Hindi feature film projects in which he will play a significant role are:

1) Shaque- The Doubt – Under the banner of ‘Avanti Arts and Avanti Films’.

2) New York to Haridwar – Under the banner of ‘Avanti Arts and Avanti Films’.

3) Breaking News – Under the banner of Chaikoffee Entertainment / SRR Production and “Avanti Arts and Avanti Films”.

4) Bhagwa – Under the banner of ‘SSAN Media & Entertainment’.

5) Sorry Mother Under the banner of ‘SSAN Media & Entertainment’.

6) Half Satya ie Half Truth – Under the banner of ‘Dowdy Dudes Films Pvt. Ltd.’

He is ready to play different roles, be it serious, romantic, comedic roles, because he was trained and a multi-talented actor! Many major production houses/banners are inviting and hosting him as an actor/producer/co-producer in their upcoming Hindi feature films.

It’s a long way to go for Shantanu and we all praise and appreciate his talent, we are all sure he will change the outlook of Bollywood.

This clearly indicates that Shantanu is a rising star in Bollywood (Hindi film industry) who is both a producer and an actor and he is part of the talks in Bollywood.

Shantanu Bhamare is the sole owner of Shan Se Entertainment, the banner registered under. Motion Picture Producers Association of India.

He has stayed in over 30 countries like USA, Canada, UK, Singapore, Australia, Philippines, Japan etc.