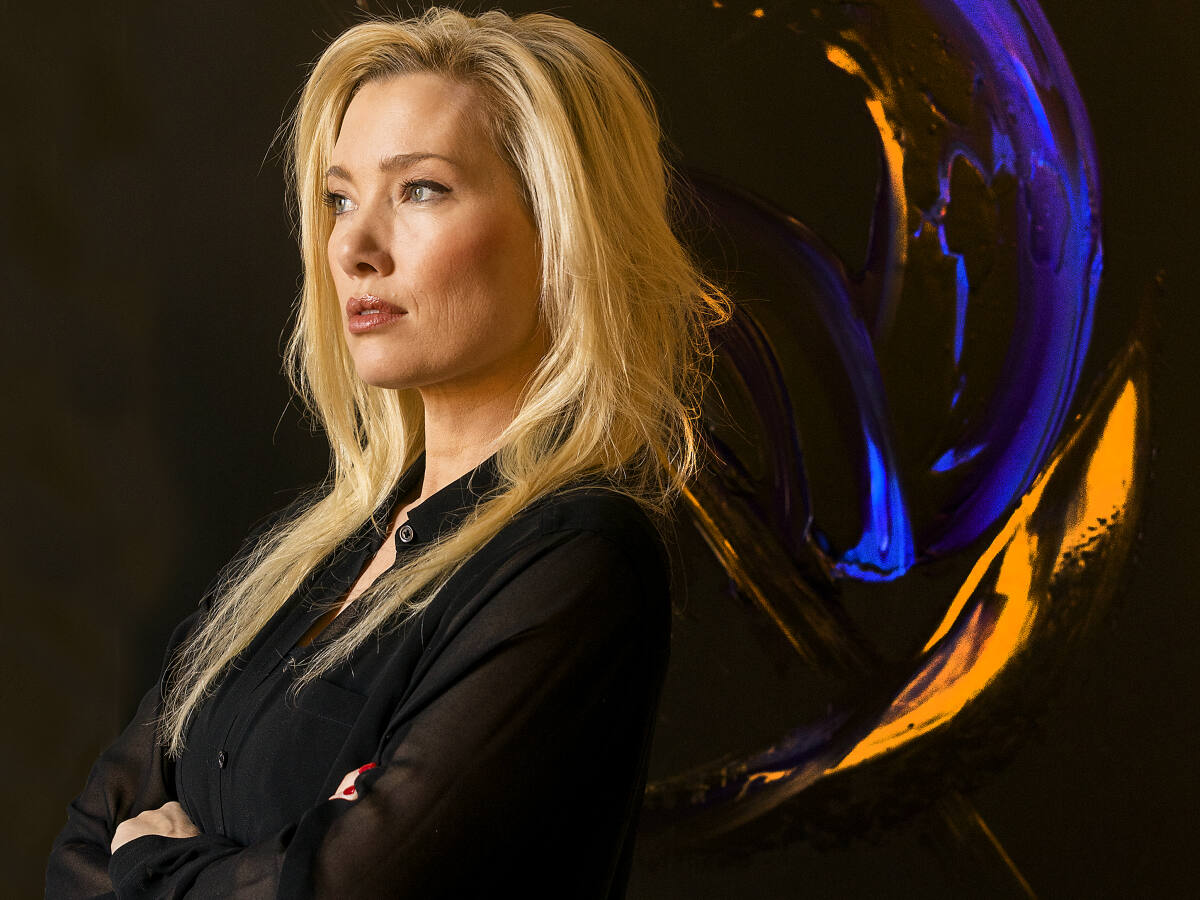 Kenwood painter Lisa Ledson takes an image of her abstract black and white painting hanging on a wall inside the Christopher Hill Gallery in Saint Helena.

She taps the Photoshop app icon on her iPhone and changes the image’s saturation and colors before using another app to change its resolution.

The artist is about to turn his painting into an NFT, or non-fungible token, an irreplaceable digital file that is stored online and can be sold and traded for thousands of dollars in cryptocurrency. The “non-fungible” part means that they are unique and not interchangeable.

NFTs have been around for eight years but only became widespread in Sonoma County last year.

NFTs date back to 2014 when Brooklyn artist Kevin McCoy designed the first known NFT called “Quantum” – a pixelated image of an octagon that hypnotically vibrates in fluorescent hues. Today it is worth more than $1.4 million.

Yes, $1.4 million. But artists don’t get all that money. They instead receive royalties, a percentage of sales each time their NFT is resold to a new owner. The average royalty is between 5% and 10%.

“The NFT space gives artists control. They are not at the mercy of these galleries that sometimes take a percentage of what they pay artists,” said San Carlos NFT crypto consultant Paul Wedlake. These artists can earn royalties forever.”

Some say the release of NFTs could potentially compare to the scale of the first release of dot-com domain names in 1985 or when social media first became popular in the early 2000s.

“It’s an emerging market, so you’re going to see a lot of craziness and a lot of speculative buying right now. Give it a few years, it’ll start to settle in,” said Steven Cuellar, an economics professor at the Sonoma State University.

Before you continue, you should know this: NFTs are digital files stored on a blockchain, essentially a digital filing cabinet where receipts and transaction records are stored.

Ledson’s original painting on display at Christopher Hill Gallery in Saint Helena is now listed for over $20,000 on OpenSea, NFT’s largest buy, sell and exchange platform. Ledson shares the list with its 5,000 art collectors and followers on TwitterInstagram and Facebook hoping someone decides to buy it.

The artist has sold seven NFTs so far, and in the future she plans to include an NFT with every purchase of one of her paintings.

Through this process, artists receive more money for their work than they would if they simply sold it on their websites.

Mike Winkelmann, the digital artist better known as Beeple, sold his NFT, “Everydays: The First 5000 Days,” at auction for over $69 million in March 2021.

The piece is the third most expensive NFT ever sold by a living artist.

In October 2021, Ledson released 15 NFTs in his debut collection – abstract paintings from the past five years. On October 8, Ledson sold his first NFT, “Golden Wave No. 1”, a vibrant yellow and blue abstract painting for nearly $1,900.

She sold the physical painting for $1,000 to a longtime admirer of her work, Ledson said.

“We’ve never empowered artists like that,” Ledson said. “Now we can retain artists in our society. We’re leveling the playing field and enabling people to get involved, no matter who they are. You don’t need an MFA, you don’t need to go through galleries – you can be anyone.

NFT fomo (fear of missing out)

When a close friend, an art curator from Los Angeles, contacted local artist Ricky Watts in March 2021 about an NFT opportunity, he couldn’t resist. His friend asked him to provide a piece of art to accompany San Francisco music producer Mike Relm’s 15-second musical beat.

Watts, who has 32,000 followers on Instagram, has since posted 19 NFTs of original abstract art featuring vibrant fluid shapes and psychedelic color patterns.