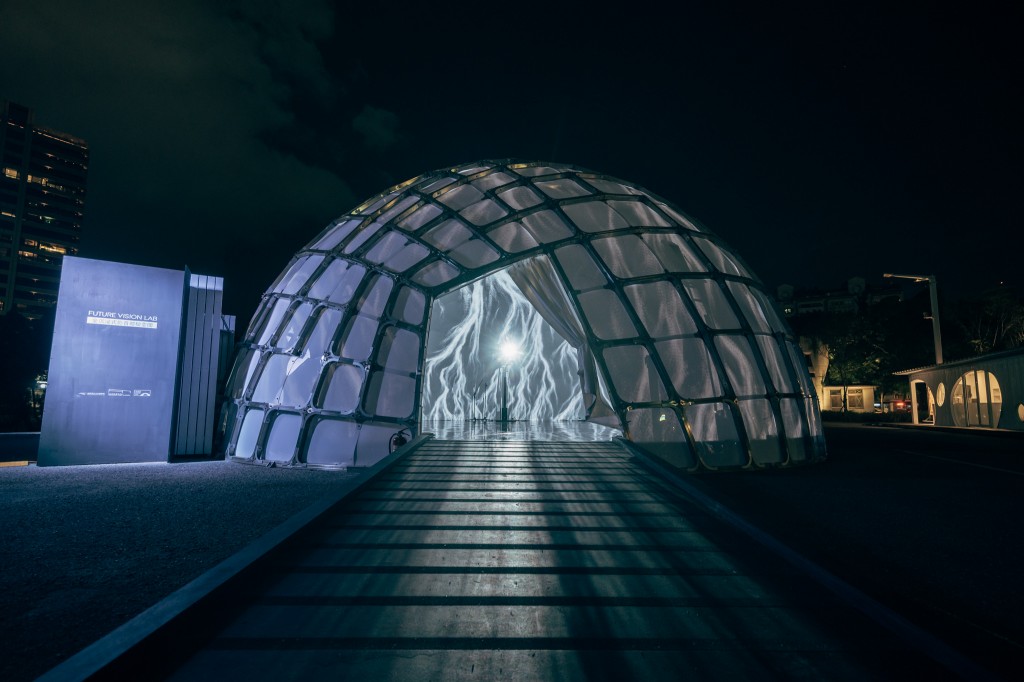 Opened in 2020, architecture graduates from National Yang Ming Chiao Tung University collaborated with C-Lab to build the spherical performance space. The works presented at the Dôme explore the visual limits of media technology.

They offer the public an immersive experience thanks to the mirrored floor and the projections on the spherical ceilings. The space also allows for technologies like warping, edge blending and mapping, according to C-Lab.

Eight works stood out in an open call and will be screened. They include “The Alter-World” by French artist duo Sandrine Deumier and Myriam Bleau, the “On Earth Series” by Nulls Design of Taiwan and “Reincarnate Island” by the new media creation team XTRUX, which deals with of the link between consciousness and bodies, based on the folklore of the nation. Six new commissioned works include the Japanese Atsushi Tadokoro, the Peruvian artist based in Germany Alex Guevara and Huang Ding-yun (黃鼎云) and Hung Chien-han (洪千涵) from Co-coism.

Additionally, C-LAB has teamed up with the National Taichung Theater to release “The Sun,” produced by Tian Zi-ping (田子平) and William Kuo (郭立威), which explores the coexistence of machines and humans.

Events will take place in the Dome every weekend until November 28. For more information, please visit the website or book your visit now.