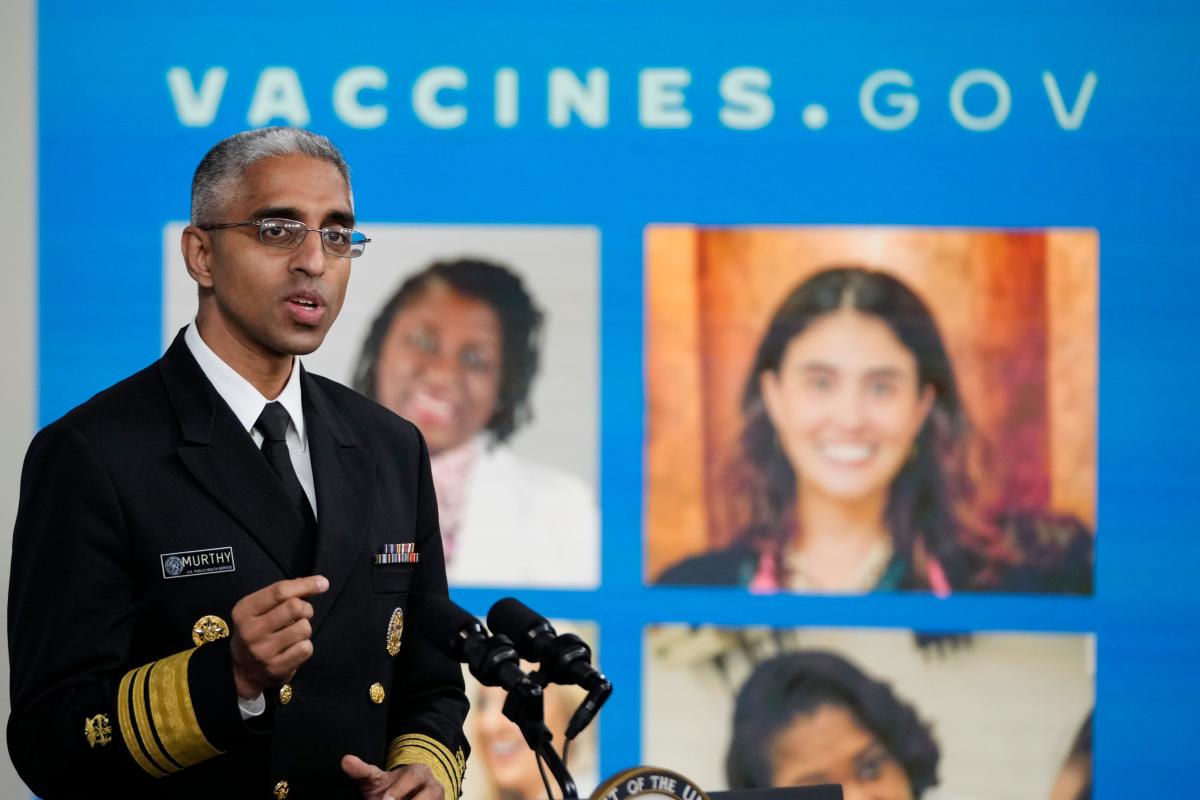 The experience of digital media is ruining the lives of our children. We owe it to them to stop.

Two decades ago, I divorced, leaving two small children with no family intact. Although the whole process was difficult for me, it was for my children.

the science confirms it. Children of Divorce Struggle in School, Display Disruptive Behaviors, and Suffer depressed mood. My kids certainly had their challenges. This is one of the reasons I appreciate Surgeon General Vivek H. Murthy’s efforts to bring attention to our children’s mental health crisis.

Children’s mental health was poor before the coronavirus hit us. In a decade, youth suicide rates have increased by more than 50%. After pandemic isolation, school closures and quarantines, mental health deteriorated and suicide became even more common, especially for teenage girls.

Reviews in your inbox: Receive a daily summary of our views on the news

The question that haunts parents of children who suffer from mental health issues, whether it’s suicide or something less devastating, is “Who’s to blame?” In my case, I knew it was, at least in part, me. When my kids needed me, I wasn’t home with them.

In previous decades, baby boomers and my generation, Gen X, conducted a social experiment on our children as we divorced in record numbers. It was only when the damage was undeniable that divorce rates have started to dropbecause a new generation knew from personal experience the cost of our decisions.

Adults have to face what we’ve done

As the fallout from my choices continues to affect my children, not a day goes by that I don’t think about my guilt for their pain. It’s hard. Coping with what we are doing to our children should be difficult for all of us.

Unfortunately, Murthy’s timely advice falls short on this point. He offers this as the reason for our crisis: “Scientists have offered various hypotheses to explain these trends. While some believe that trends in reporting mental health problems are partly due to young people becoming increasingly more willing to discuss mental health issues openly.. increasing academic pressure, limited access to mental health care, health risk behaviors such as alcohol and drug use, and broader stressors such as 2008 financial crisis, growing income inequality, racism, gun violence and climate change.

Murthy’s review mentions a topic that is not in the same category. “Researchers point to the growing use of digital media,” the report suggests as one of the potential causes of declining mental health.

Murthy put it more colorfully, in an interview with the USA TODAY editorial board: “In a way, we’re running a national experiment on our kids through social media.”

This is true, but Murthy’s report posits that this is only one hypothesis among others.

The problem is broader than social networks. We are now running three overlapping experiments at once.

This does two things. As we fall into self-selected niches, it removes common entertainment experiences that once served as points of cultural unity. And that takes time away from real-world interaction and social connections.

Pervasive media: We take with us access to constantly updated news and entertainment that takes us back to a lonely world when we’re at school, in the park, or on a walk.

Social networks: Hundreds of millions of Americans are connected through social media, be it Facebook, Instagram, Twitter or TikTok. We recreate the way we interact, cutting time from real-world relationships and replacing a shallower, taste-based society with its own issues of bullying, digital jealousy and misinformation.

All three trends began to gain widespread cultural adoption in the early 2010s, reaching virtually every American through one of three innovations. Launch of YouTube in 2005. Facebook opened up to any user with an email address over 13 in 2006. Netflix started broadcasting and the apple iPhone launch in 2007. Google made its debut its first smartphone in 2008. Instagram open to the public in 2010.

Along the way, the children began to grow up in a new way, in an inescapable digital society. Today, children have to keep their parents away from their mobile phones. I was guilty of that too.

And when these three media innovations became part of everyday life, that’s when things changed for children. And that is what is pushing our young people to the brink.

The need to seize it could not be more urgent. We must all hold ourselves accountable for our role in adopting and spreading this new way of life without thinking about what it means for children.

It will be difficult, but we owe it to them.

You can read various opinions from our Contributor Council and other authors on First page reviewon Twitter @usatodayopinion and in our daily opinion bulletin. To respond to a column, submit a comment to letters@usatoday.com.

This article originally appeared on USA TODAY: Social media is turning kids into test subjects for a ‘national experiment’