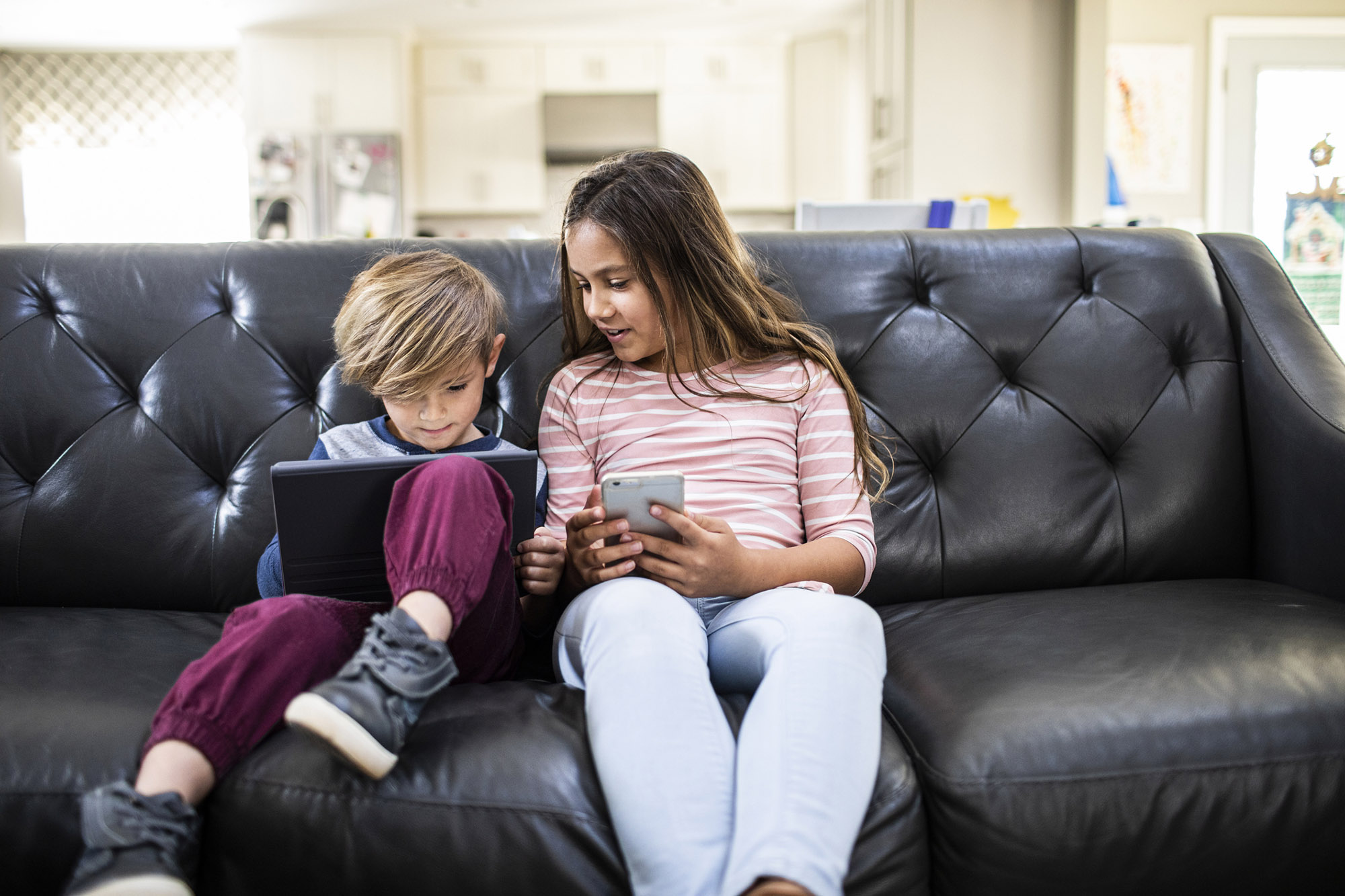 Children are using screens more than ever and some experts fear this trend is leading to a form of digital addiction.

A new study found that children’s media use increased more in the past two years than in the previous four years. State lawmakers across the country and at the federal level are proposing new legislation to crack down on social media platforms for their addictive algorithms that keep kids hooked.

“The negative consequences of uncontrolled online access can range from social withdrawal and problems at school to physical and mental health problems”, psychotherapist Laurie Singerwhich treats children with problems of spending too much time on the media, said in an interview.

Too much screen time

The survey, published by the non-profit research organization common sense mediafound that overall screen use among teens and tweens increased by 17% between 2019 and 2021, which grew faster than in the previous four years.

Daily screen use increased on average among tweens (8 to 12 years old) to five hours and 33 minutes from four hours and 44 minutes, and to eight hours and 39 minutes from seven hours and 22 minutes for teenagers (aged 13 to 18).

Mo Mulla, a father of two and parenting expert, said he knows firsthand the problems of too much screen time. He said in an interview that his daughter was “addicted” to consuming media on screens.

“Honestly, it’s due to the modern world and we all need relief from its pressures,” Mulla said. “In some cases having a smartphone has helped her when she’s down or needs something to do, but in other cases it can be overused and addictive.”

Singer said the most critical reason screen time is on the rise is that more children are being given relatively free access to devices and social media by their parents.

“Maybe it’s pressure from their kids because ‘everyone is doing it,'” Singer said. “But I think parents working from home during the pandemic, many of whom are still doing it, have also helped This provides their children with something to occupy them while they work.

Social media is a way for kids to feel accepted and interact with their peers, stay up to date with the latest trends, nurture their online interests, and receive instant gratification with a like or supportive comment. Singer said. This feedback can become very addictive for children and adults.

What parents can do

Parents concerned about their children’s screen time should consider whether their child is mature enough to have access to it in the first place, Singer said.

“Just because a child is a certain chronological age doesn’t mean they’re ready to log on to social media sites,” Singer added.

Experts say communication is key around whether to allow or deny a child access to the internet. Singer notes that before the Internet, there was a built-in separation between children and adults when it came to content.

“It doesn’t exist the same way today,” Singer said. “Going to a website that asks ‘Are you over 18’ and clicking a box is a very different thing than trying to sneak into an ‘R-rated’ movie. Kids need to be told about storylines they might encounter online and how best to handle these situations.

Mulla recommends all parents take a media detox day every week. This involves turning off all devices and spending the day with family enjoying each other’s company.

“Additionally, I would set time limits for how long children can use media each day. For example, no more than two hours on weekdays and no more than one hour on weekends,” Mulla said. “This will help ensure kids get out and interact with others, rather than being glued to a screen.”

For preschoolers, the American Academy of Pediatrics recommend a limit one hour a day in front of a screen and little or not before the age of 2 years.

But experts say not all screen time is bad for kids.

“Connecting with friends, counting ‘likes,’ and engaging in games, sometimes competitively, has a new appeal,” said Angela Roeber, senior director of communications at Project Harmony, a service organization to childhood, in an interview. “But there are risks.”

The obvious danger is security in the online world, Roeber said. Children may be vulnerable to persuasive marketing or sales luring if they inadvertently reveal preferences or personal information.

“And in some cases they can become vulnerable to predators,” Roeber said. “Time limits and parental supervision are essential. Help them find misleading messages. Take a strong stance on bullying or other cruelty to children online or elsewhere.

Lawmakers in California and Minnesota are working on legislation that would make companies liable for the effects of their platforms on the mental health of young people.

In Minnesota, a state committee recently voted to advance a law project prohibiting social media platforms from using algorithms to recommend content to anyone under the age of 18. The companies would be liable for damages and a civil penalty of $1,000 for each violation of the law.

the California Bill would let parents sue companies that don’t take steps to avoid creating addiction in children. This would hold social platforms legally liable for features designed to be addictive for children, such as “Like” buttons and endless scrolling. Violators could face civil penalties of up to $25,000 per child or damages that could include $1,000 or more per child in a class action.

“We shouldn’t have to enshrine in law that some of the most profitable companies in the world have a duty to be kind to children and have a duty not to make children dependent. But here we are. We must,” says Ed Howardsenior attorney at the University of San Diego Law School’s Children’s Advocacy Institute, co-sponsor of the bill.

Lawmakers are also taking note at the federal level. The newly introduced Child Online Safety Act is a bill that would require social media platforms to provide minors with options to protect their information, disable addictive product features, and opt out of algorithmic recommendations. Platforms would be required to enable the strongest settings by default. It would also require social media platforms to carry out an annual independent audit that assesses the risks to minors.

“This measure makes child safety a priority on the internet,” Sen. Richard Blumenthal (D-CT) said in a Press release. “Big Tech has brazenly let the kids down and betrayed their trust, putting profits above safety.”